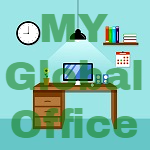 Brought To You By
Randy Ottmann

Viral Ad Land is a new site that says it guarantees more web visitors and online advertising with very little effort or cost.  More importantly, it promises higher CONVERSIONS--signups and sales.  So I decided to put it to the test...

My first impression was the site looks professional and clean, with an attractive look and feel.  It is easy to read and understand.  Joining the site was easy and painless--they do offer 2 upgrade options but they are not required to gain the benefits.

The Members Area is very well laid out and intuitive--I could figure out what to do after only a few minutes and was able to get up and running in less than 5 minutes.  Inside the site, you create links and ads--the links you simply enter any URL links you use into the generator and it transforms them into "Viral Ad Land" links.  You create ads for anything you want to promote using the Viral Ad Land Ad Generator, which is very easy to use.  You can create as many links and as many ads as you like.  And they are organized in a logical way--links are displayed in the order you create them but also your 5 most recent links appear on the main page for quick reference.  Also, since the link generator is the tool you'll use most, it is also right at the top of the main page when you login.  Very smart!

After you've created at least 1 link and 1 ad you can start to generate traffic.  Just use and promote the new Viral Ad Land link instead of the original source link you had.  Every time the Viral Ad Land link is clicked, the page loads followed by a small ad window in the lower right corner.  It displays 3 ads PLUS an image with your affiliate link that goes back to Viral Ad Land.  So if anyone clicks the Viral Ad Land image they see the site, and if they signup they become your referral.  It's a great viral feature because you can build referrals without even trying to just by using the site.

And this works virally--meaning as you make referrals into Viral Ad Land (either by promoting it or just using it and visitors click the Viral Ad Land image on the ad window to join) you also earn ad credits on THEIR link clicks.  And this works up to 5 levels deep.  So you can create a massive amount of free ad views and web traffic by referring others to Viral Ad Land also.

I didn't get to test the full effect of a big downline yet (I just got the tool) but I can tell you the rest of the site works exactly as stated--my links got clicked, I earned credits, and my ads got displayed.  Viral Ad Land even tracked my results so I know how many clicks and how many ad displays.  That was an impressive unadvertised extra feature.

There is one more benefit and feature which might be the best of them all--downline emailing.  You can email your downline with offers, promotions, or whatever you like, and here is where Viral Ad Land really shines.  They took time to make the emailing often enough that it's valuable as a user, but no so often that it's a burden to your downline.  But the best part about this feature (and actually the credit earning too) is that it tells you exactly how long until you can mail again.  Now THAT's cool.

Overall, I have to say I am impressed with Viral Ad Land.  It is simple yet powerful, and delivers on its promises.  Highly recommended to anyone who wants to increase traffic and advertising.

See it and join here: